Psoriasis is a chronic skin condition that affects more than 5 million people in the United States alone. It's characterized by a rapid 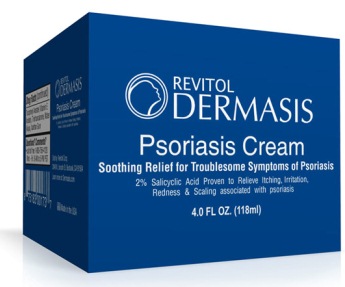 turnover of skin cells that build up and cause a thick, scaly appearance. The result is itching, irritation, redness, scaling and worst of all, embarrassment by the sufferer.

What is psoriasis?
Psoriasis is a noncontagious skin condition that produces red, dry plaques of thickened skin. The dry flakes and skin scales are thought to result from the rapid proliferation of skin cells that is triggered by abnormal lymphocytes from the blood . Psoriasis commonly affects the skin of the elbows, knees, and scalp.

Some people have such mild psoriasis (small, faint dry skin patches) that they may not even suspect that they have a medical skin condition. Others have very severe psoriasis where virtually their entire body is fully covered with thick, red, scaly skin.

Psoriasis is considered a non-curable, long-term (chronic) skin condition. It has a variable course, periodically improving and worsening. It is not unusual for psoriasis to spontaneously clear for years and stay in remission. Many people note a worsening of their symptoms in the colder winter months.

Psoriasis is seen worldwide, in all races, and both sexes. Although psoriasis can be seen in people of any age, from babies to seniors, most commonly patients are first diagnosed in their early adult years.

Patients with more severe psoriasis may have social embarrassment, job stress, emotional distress, and other personal issues because of the appearance of their skin.

What causes psoriasis?
The exact cause remains unknown. There may be a combination of factors, including genetic predisposition and environmental factors. It is common for psoriasis to be found in members of the same family. The immune system is thought to play a major role. Despite research over the

past 30 years looking at many triggers, the "master switch" that turns on psoriasis is still a mystery.

These patchy red areas of skin are often covered by silver-colored scales and typically appear on the elbows, knees, legs, scalp, lower back, face, palms of the hands and soles of the feet. It's important to note, however, that psoriasis can show up anywhere on the body.

Additional areas of the body sometimes affected include fingernails, toenails, genital area and the inside of the mouth. An estimated 1 million people suffering from this skin condition experience inflammation of the joints resulting in artritic-like symptoms. This is known as psoriatic arthritis.

Many treatments are used to lessen the sypmtoms associated with this uncomfortable condition, with some of the most promising including natural psoriasis relief options. In fact, one of the newest treatments to appear on the market has shown good results for those who have used it... Dermasis Psoriasis Cream from Revitol, a company known for natural, herbal based remedies.

Dermasis is a psoriasis cream that contains only natural and FDA approved ingredients. Psoriasis can cause your skin cells to replicate at an increasing rate. This can cause the skin to form thick, unsightly patches that appear to be red lesions covered in dead skin.

Dermasis active main ingredient Salicylic acid helps to shed these layers of dead skin and in the process helps to alleviate the redness and itchness associated with the skin disease.

Although there are many over the counter psoriasis cream on the market, many of them contains harsh chemicals and can have side effects if used for long term. Dermasis contains only natural ingredients and hence have considerably less side effects compared to other psoriasis creams on the market. Dermasis also contains other natural ingredients that helps to make your skin smoother and moisturize the skin.

Palm Oil: Easily penetrates the skin, and forms a thin, protective layer.
Vitamin E Acetate: A powerful antioxidant that increases moisture of the skin’s outer layer and may provide protection against Ultra Violet damage.
Melaleuca Alternifolia (Tea Trea Oil): This essential oil has been used by Australian Aborigines for hundreds of years to promote healthy skin.

Psoriatic plaques usually occurs in the knees, face, back and palms and soles of your feet. Once it starts, it can take a long time to heal. Dermasis can help to prevent an outbreak of psoriasis.

Some of the stunning features the products boasts of are as follows:

The best thing is that Revitol Dermasis can be used on all skin types to relieve the symptoms of psoriasis. So, log onto the official website of the product and place your order.

Click here now to find out how you can try Dermasis risk-FREE, just pay the cost of shipping and handling. 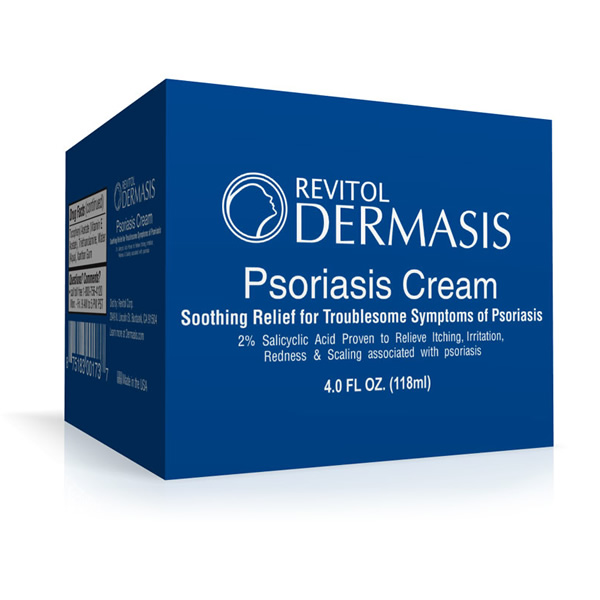