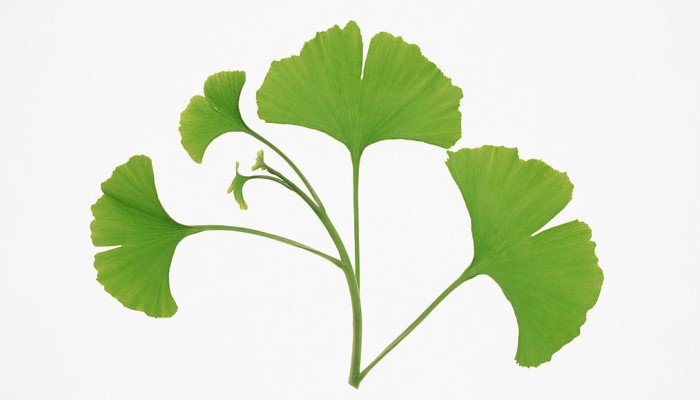 Ginkgo biloba trees are supposed to be the oldest trees on the Earth, living since the age of the dinosaur.

It is the a lone survivor of the plant family that existed 200 million years ago. Hence, Ginkgo biloba is also called as 'living fossil.' 200 million years ago, they were found on every part of the Earth; but as time passed, they survived only in the far east regions. China is the main habitat of these trees, and in historical times, China was considered as their origin. In those days, the Ginkgo biloba was used for medications and culinary purposes. There are written evidences that these trees existed in 19th century. However, it was only in 1916 that the tree was discovered in a valley in China. These trees are predominantly found near the temples in China.

Ginkgo has been used in traditional medicine to treat circulatory disorders and enhance memory. Scientific studies throughout the years have found evidence to support these uses. Although not all studies agree, ginkgo may be especially effective in treating dementia (including Alzheimer's disease) and intermittent claudication (poor circulation in the legs). It also shows promise for enhancing memory in older adults. Laboratory studies have shown that ginkgo improves blood circulation by dilating blood vessels and reducing the stickiness of blood platelets.

Ginkgo leaves contain two types of chemicals (flavonoids and terpenoids) believed to have potent antioxidant properties. Antioxidants are substances that scavenge free radicals -- compounds in the body that damage cell membranes, tamper with DNA, and even cause cell death. Free radicals occur naturally in the body and grow in number as we age. But environmental toxins (including ultraviolet light, radiation, cigarette smoking, and air pollution) can also increase the number of free radicals. Free radicals are believed to contribute to health problems including heart disease and cancer as well as Alzheimer's disease and other forms of dementia. Antioxidants such as those found in ginkgo can help neutralize free radicals and may reduce or even help prevent some of the damage they cause.

The herbal ginkgo biloba benefits are many. This herb has known to be very useful in treating acrocyanosis, Alzheimer's disease, Cerebral atherosclerosis, Cerebral insufficiencies, Cochlear deafness, etc.
Ginkgo biloba benefits also include the treatment of dementia, depression, menopause, peripheral and cerebral circulatory stimulation.
Other health benefits of ginkgo biloba include treatment of peripheral vascular disease, Raynaud's syndrome, retinopathy, senility, short-term memory loss, tinnitus, vascular diseases, and vertigo.
It is known to be very useful in treating and improving memory loss problems in elderly.
Ginkgo biloba supplements are known to have helped people suffering from depression.
It increases the supply of glucose to the brain and thus the nerve impulses from the brain hence improve.
It is also known to control the transformation of cholesterol to plaque that causes hardening of arteries thus, relaxing the blood vessels.
It is known to improve both short term and long term memory power and improve mental clarity.
The ginkgo biloba supplement benefits have known to help improve infertility and impotence in men.
The actions of ginkgo biloba against free radicals not only slows the signs of aging, but also protects major organs from the ill effects of the free radicals.
The health benefits of ginkgo biloba on the circulatory system has proven to be helpful in treatment of eye disorders like glaucoma, macular degeneration, retinopathy and ear disorders like tinnitus (constant ringing noise in ears).
Traditional Chinese and Japanese doctors have used the herbal ginkgo biloba benefits to cure wheezing cough, bronchitis, asthma, etc.
These traditional doctors also used ginkgo biloba as an astringent for the heart and lungs.
It is known to be beneficial in treating diarrhea, gonorrhea, toothache, skin diseases, fever, etc.

Intermittent Claudication
Because ginkgo improves blood flow, it has been studied in people with intermittent claudication (pain caused by reduced blood flow to the legs). People with intermittent claudication have a hard time walking without feeling extreme pain. An analysis of eight published studies revealed that people taking ginkgo tend to walk roughly 34 meters farther than those taking placebo. In fact, ginkgo has been shown to be as effective as a prescription medication in improving pain-free walking distance. However, regular walking exercises are more beneficial than ginkgo in improving walking distance.

Glaucoma
One small study found that people with glaucoma who took 120 mg of ginkgo daily for 8 weeks had improvements in their vision.

Memory Enhancement
Ginkgo is widely touted as a "brain herb." It has been studied to see whether it can improve memory in people with dementia, and some studies found it did help. It's less clear whether ginkgo helps improve memory in healthy people who experience normal memory loss that comes with age. Some studies have found slight benefits, while other studies have found no effect on memory. The most effective dose seems to be greater than or equal to 240 mg per day. Ginkgo is commonly added to nutrition bars, soft drinks, and fruit smoothies to boost memory and enhance cognitive performance, although it's doubtful that such small amounts of gingko would be effective.

Macular Degeneration
The flavonoids found in ginkgo may help stop or lessen some retinal problems (problems with the back part of the eye). Macular degeneration (often called age-related macular degeneration or ARMD) is an eye disease that affects the retina. It is a progressive, degenerative eye disease that tends to affect older adults and is the number one cause of blindness in the United States. Some studies suggest that gingko may help preserve vision in those with ARMD.

Tinnitus
Nerve damage and certain blood vessel disorders can lead to tinnitus (ringing, hissing, or other sound in the ears or head when no external sound is present). Because ginkgo improves circulation, it has been studied to see whether it can treat tinnitus. A few poorly designed studies found it might moderately relieve the loudness of the tinnitus sound. However, a well-designed study including 1,121 people with tinnitus found that ginkgo (taken 3 times daily for 3 months) was no more effective than placebo in relieving symptoms of tinnitus. In general, tinnitus is a very difficult problem to treat.

Other
A standardized ginkgo extract was reported to significantly improve functional measures (such as coordination, energy level, strength, mental performance, mood, and sensation) in 22 people with multiple sclerosis (MS).

What are the Side Effects of Ginkgo?
Side effects of ginkgo leaf include excessive bleeding. Rarely, seizures have been reported in people using either the ginkgo leaf or seed. Other side effects include digestive problems, headaches, allergic skin reactions, or muscle weakness.

Possible Drug Interactions
Ginkgo can increase the effect of blood-thinners (antiplatelet or anti-clotting drugs), such as clopidogrel, ticlopidine (Ticlid), warfarin (Coumadin), heparin, and aspirin, which may result in uncontrolled bleeding or hemorrhage. Certain herbs, such as danshen, devil's claw, eleuthero, garlic, ginger, horse chestnut, papain, red clover, and saw palmetto, can also increase the risk of bleeding if combined with ginkgo.

Ginkgo has been found to interfere with the metabolism of drugs processed by an enzyme called cyp3A4. Ask your doctor to check if you are taking medications of this type.

Ginkgo may increase the risk of seizures if combined with other drugs or herbs that do the same, such as antidepressants, bupropion (Wellbutrin, Zyban), certain antibiotics such as penicillin and cephalosporins, Corticosteroids, fentanyl (Actiq, Duragesic), theophylline, methylphenidate (e.g. Concerta, Ritalin), drugs that suppress the immune system, such as azathioprine and cyclosporine, borage, evening primrose, and wormwood.

Ginkgo shouldn't be used with the drug cyclosporine (used to suppress the immune system), because it has been found to decrease the effect of that drug. Theoretically, ginkgo may have the same effect with other immunosuppressant drugs.

Ginkgo may interact with insulin and other drugs for diabetes, such as metformin (Glucophage), glyburide (Glynase), glimepiride (Amaryl), and glipizide (Glucotrol XL). It shouldn't be used with medications to prevent seizures.

There have been some cases of high blood pressure in people taking ginkgo and thiazide diuretics, such as chlorothiazide, chlorthalidone, hydrochlorothiazide, metolazone, and polythiazide.

Antihypertensive (blood pressure) medications -- Ginkgo may lower blood pressure. For that reason, if you take medication to lower your blood pressure you should ask your doctor before taking gingko. There has been a report of an interaction between ginkgo and nifedipine (Procardia), a calcium channel blocker used for blood pressure and arrhythmias.

Blood-thinning medications -- Ginkgo has blood-thinning properties and should not be used if you are taking anticoagulant (blood-thinning) medications. There has been bleeding in the brain reported when using a ginkgo product and ibuprofen (Advil), a non-steroidal anti-inflammatory drug (NSAID). Blood-thinners include:
Aspirin
Clopidogrel (Plavix)
Heparin
Warfarin (Coumadin)

Cylosporine -- Ginkgo biloba may help protect the cells of the body during treatment with the drug cyclosporine, which suppresses the immune system.

Trazodone -- There is one report of an elderly Alzheimer's patient going into a coma after taking ginkgo and trazodone (Desyrel), an antidepressant medication.

How to Take It:
Pediatric
Ginkgo is not generally used in children.

Adult
Initial results often take 4 - 6 weeks, but should grow stronger beyond that period.

Memory impairment and cardiovascular function: Generally, 120 mg daily in divided doses, standardized to contain 24 - 32% flavone glycosides (flavonoids or heterosides) and 6 - 12% triterpene lactones (terpenoids). If more serious dementia or Alzheimer's disease is present, up to 240 mg daily, in 2 or 3 divided doses, may be necessary. Intermittent claudication: 120 - 240 mg per day.