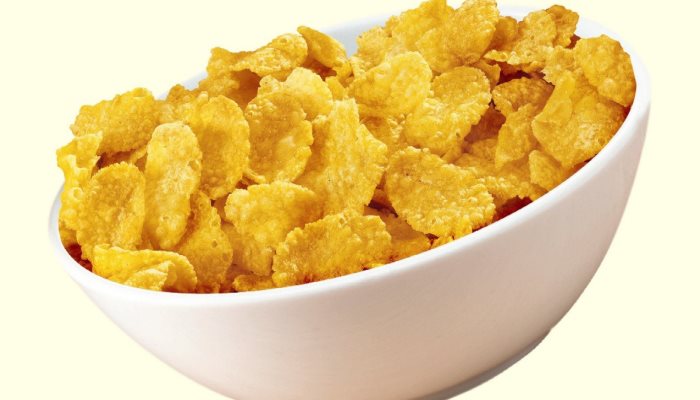 The cereals are all grasses that have been bred over millennia to bear large seeds (i.e., grain). The most important cereals forhuman consumption are rice, wheat, and corn (maize). Others include barley, oats, and millet.

The carbohydrate-rich cereals compare favourably with the protein-rich foods in energy value; in addition, the cost of production (per calorie) of cereals is less than that of almost all other foods and they can be stored dry for many years. Therefore, most of the world’s diets are arranged to meet main calorie requirements from the cheaper carbohydrate foods. The major component of all grains is starch. Cereals contain little fat, with oats having an exceptional 9 percent. The amount of protein in cereals ranges from 6 to 16 percent but does not have as high a nutritive value as that of many animal  foods because of the low lysine content.

Controversy exists as to the relative merits of white bread and bread made from whole wheat flour. White flour consists of about 72 percent of the grain but contains little of the germ (embryo) and of the outer coverings (bran). Since the B vitamins are concentrated mainly in the scutellum (covering of the germ), and to a lesser extent in the bran, the vitamin B content of white flour, unless artificially enriched, is less than that of brown flour. Dietary fibre is located mostly in the bran, so that white flour contains only about one-third of that in whole wheat flour. White flour is compulsorily enriched with synthetic vitamins in a number of countries, including the United States and the United Kingdom, so that the vitamin content is similar to that of the darker flours. White flour, of course, still lacks fibre and any yet unidentified beneficial factors that may be present in the outer layers of the wheat. 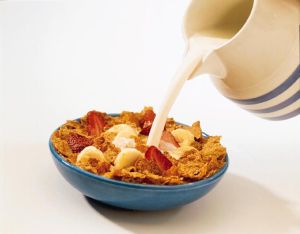 B vitamins are also lost when brown rice is polished to yield white rice. People living on white rice and little else are at risk for developing the disease beriberi, which is caused by a deficiency of thiamin (vitamin B1). Beriberi was formerly common in poor Asian communities in which a large proportion of the diet consisted of polished rice. The disease has almost completely disappeared from Asia with the advent of greater availability of other foods and, in some areas, fortification of the rice with thiamin.

Yellow corn differs from other cereals in that it contains carotenoids with vitamin A activity. (Another exception is a genetically modified so-called golden rice, which contains carotene, the precursor for vitamin A.) Corn is also lower in the amino acid tryptophan than other cereals. The niacin in corn is in a bound form that cannot be digested or absorbed by humans unless pretreated with lime (calcium hydroxide) or unless immature grains are eaten at the so-called milky stage (usually as sweet corn). Niacin is also formed in the body as a metabolite of the amino acid tryptophan, but this alternative source is not available when the tryptophan content is too low.

Starchy roots
Starchy roots consumed in large quantities include potatoes, sweet potatoes, yams, taro, and cassava. Their nutritive value in general resembles that of cereals. The potato,  however, provides some protein (2 percent) and also contains vitamin C. The yellow-fleshed varieties of sweet potato contain the pigment beta-carotene, convertible in the body into vitamin A. Cassava is extremely low in protein, and most varieties contain cyanide-forming compounds that make them toxic unless processed correctly. 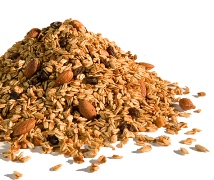 Some grains are deficient in the essential amino acid lysine. That is why a multitude of vegetarian cultures, in order to get a balanced diet, combine their diet of grains with legumes. Many legumes, on the other hand, are deficient in the essential amino acid methionine, which grains contain. Thus a combination of legumes with grains forms a well-balanced diet for vegetarians. Common examples of such combinations are dal with rice by South Indians and Bengalis, dal with wheat by North Indians, and beans with corn tortillas, tofu with rice, and peanut butter with wheat bread (as sandwiches) in several other cultures, including Americans.